Penguin Penalty Recovery: How to Recover From Google Penguin Updates 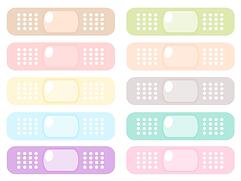 Since Penguin is an automatic algorithm, webmasters do not receive any notification or warning from Google to indicate that they have been affected by it. And if they do notice a problem, there is no way to officially know the specific things that Penguin penalized them for.

With a little research, it is possible to deduce whether you have been impacted by Penguin, and you can take steps to recover from the damage.

How to Know if You've Been Hit

Penguin updates come at specific times, and they have an impact almost immediately. So, you can tell whether your site has been affected by looking for sudden changes in your organic search traffic that correlate with a Penguin update.

There have been three primary Penguin releases so far:

Between those three versions were a few data updates, on May 25, October 5, 2012, and October 4, 2013. Those updates had less than one-tenth the impact of the major Penguin releases, though, and are unlikely to have caused a major change in your search traffic.

If your search traffic numbers suddenly dropped the day after one of those updates, you were probably penalized by Penguin.

Penguin looks at the quality of your backlinks. If you've been hit by Penguin, the way to recover is to "fix" your backlink profile.

The first step is to make a list of all the links that point to your site. Penguin originally looked only at links to homepages, but Penguin 2.0 expanded that to include links to all the pages on every site. So, you'll need to include every link to every page. There are tools available, some of them free, which can greatly simplify this task.

You then need to identify which links Penguin is likely penalizing you for. Penguin looks for unnatural links, such as those created by spam programs or other black hat SEO tactics. Look for links that:

Once you identify all links that might be causing problems, you have to get those links removed. This can be a long and involved process, as you contact and follow up with webmasters.

If you are not able to get a link removed, you can utilize Google's Disavow Tool to request that it not be counted against your site's search rankings. The company's Disavow Tool should only be used as a last resort, though.

Even after you have successfully completed this process, your ranking will likely take a while to recover.

For starters, you have to wait until the next Penguin update before your changes are likely to have any impact. But even then, your recovery will likely be limited; after all, you have just removed a large number of links that were previously (pre-Penguin) boosting your Google rankings.

That's why you need to also start taking a long-term SEO approach, and use Penguin-approved link building techniques to start improving your ranking. Though these white hat SEO tactics will take more time, their positive effects will also last longer--and not be negated by future updates to Google's algorithms.

Louise is a Senior Digital Strategist at Bonafide. A pop-culture addict with a passion for all things digital. She's Scottish by birth, but don't ask if she likes haggis...