Social media is supposed to be about relationships, and in most cases is just an online extension of an existing offline connection. However, using it solely to communicate with those you already know ignores social media's real power: fostering relationships with people you would otherwise never get to meet. 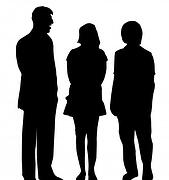 One thing that makes such online-only (or at least online-initiated) connections so intriguing is that almost everyone these days is available on social media. From political leaders making policy in Washington to movie stars making tabloids in Hollywood, there are a lot of high-profile people that you now have at least the possibility of connecting with.

Connecting With Others in Your Field

More attainable, and perhaps more useful, are the influential leaders within your own industry. Building an online relationship with such business leaders, thought leaders and publishers could help raise your own profile, and send many of their followers to your social media profiles or website.

Though these kinds of social media relationships are possible, they usually do not happen overnight. Building a relationship with someone influential in your field through social media will likely require several steps.

You won't be able to connect with every person, so don't pursue anyone to the level of being an annoyance. But by trying these steps with a number of potential influencers, you may find some who are receptive to building a relationship through social media.

Not your father's digital agency. Wicked-smart, straight-shooting, modern-day marketers who are hell-bent on growing businesses and relationships.