What ROI Can I Expect From Marketing Automation Software? 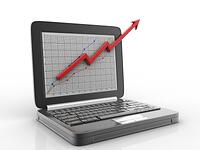 What type of ROI should you expect from a marketing automation system, and what factors influence whether it is successful?

Marketing automation software is designed to improve the efficiency and effectiveness of your marketing and sales departments. Common features and functions provided by such programs include:

While the numbers all look positive, that doesn't mean that every company has seen success with marketing automation. Within those samples, there is a wide variation: many saw a huge ROI, but others hardly received any benefit at all.

The clearest predictor of ROI for marketing automation programs was not the software itself, but the extent to which it was integrated into a company and the skill with which it was used.

Companies that were still focused mostly on traditional marketing models, used little targeting and testing and kept the marketing and sales departments completely separate saw the least benefit from implementing marketing automation. Those that were more experienced with inbound marketing techniques, had better targeting and measurement processes and more fully integrated marketing and sales had the highest ROI. The difference was pronounced, with the most experienced companies seeing almost twice the revenue plan attainment and a sales conversion rate that was 10 times higher than the least experienced companies

The problem and solution clearly lies within the organization, not the automation. If you are not using lead nurturing or email segmentation strategies, then you cannot use marketing automation to improve those functions.

It may require new training or outside help to do so, but making the transition to an automated, integrated and customer intelligence-driven sales and marketing organization is a change that can truly produce a worthwhile return on investment.

While specializing in web development and inbound marketing, Roberto Mejia prides himself in always learning and improving as much as possible.