The new year has arrived, and with it comes the inevitable changes to the business environment. The field of digital marketing always experiences particularly rapid transitions, because of the virtual nature of the medium and the sheer number of users participating on it. Let’s take a look at what you can expect to see in 2014 in the various areas, and how your inbound marketing strategy needs to adapt to keep up. 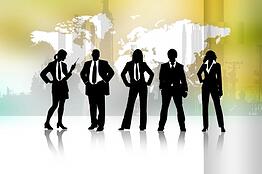 Pictures are in, text is out. Ok, maybe not out entirely but the utilization of visual content has risen sharply over the past few months and suggests that 2014 might be a very visual year. Content marketing has increased it’s use tremendously of the following formats:

SlideShare has finally come into its own as an accepted resource for information, and B2B companies in particular are beginning to make use of it.

Video use is really growing, and YouTube reports 100 hours of video uploaded every hour. Applications such as Vine with its 6-second video clips and Instagram with 15-second slots are big news for marketers looking to exploit the free tools to create quick, cost-effective clips.

Social media is bigger than ever, and there’s a wider variety of options than ever before. Some of the recent changes to take note of include:

Location-based marketing is the new answer to the global conundrum that is the Internet. Marketers no longer have to feel their dollars are being wasted by promoting a local product or service to the whole world. With the increased use of GPS-enabled mobile devices, deducing where your target customer is located enables you to promote specific stores and special offers available close by. With 91% of smart phone users carrying their devices 24 hours a day, this is becoming a great opportunity for businesses to reach their audiences on the ground.

We’ve moved away from cash, ATMs and even credit cards to embrace various types of eCurrency. While none of them are exactly big as yet, the number of people using applications such as Google Wallet is growing daily. The Wallet is a new marketing trend that enables you to buy with your credit card directly from your phone as well as making secure payments. Companies such as Starbucks quickly embraced this technology, with customers purchasing coffee and snacks from any location using credit in their smartphone’s Starbucks account.

We’re likely to see content continue to grow, with more emphasis on the quality of the material, originality and relevance. Keywords, while not exactly out, must now be used much more subtly to benefit a site, and link building for any reasons other than benefiting the reader is dead in the water. Repurposing old content is in vogue, and content curation is growing, as companies realize the benefits of using material that already has a following rather than re-inventing the wheel.

With the rapidly-recovering economy, It’s going to be an exciting time for marketers. Make sure you know what’s in, what’s out and what’s new and take account of these in your marketing strategy for 2014.

While specializing in web development and inbound marketing, Roberto Mejia prides himself in always learning and improving as much as possible.